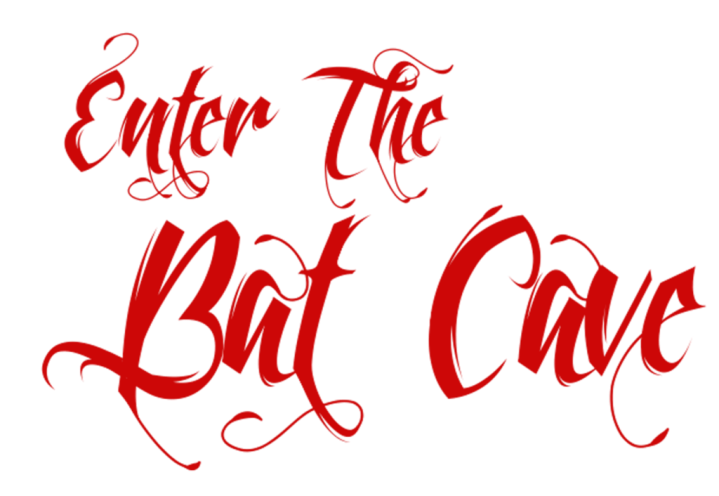 It’s that time again when we sit back and reflect on last month’s proceedings. As February’s Rising Ape event was bat themed, I’m tempted to say I’m sat in an old, cold and creaky castle, in a deep and dusty chair, scribbling by a candlelight which animates lurking figures on the walls. But after attending Enter the Bat Cave we know this demonic stereotype and the repulsion it spreads is unwarranted. 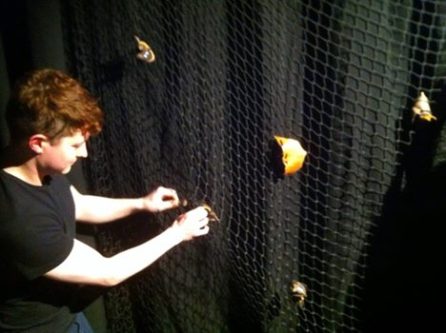 ts, far from living up to their reputation as the archetypal Halloween animal, are actually quite cute. And thanks to Kiri and Stuart from the Avon Bat Group we all got up close and nocturnal with some pipistrelles – a cute little species found commonly in the UK.

Your quiz team names were, as ever, impeccable. We had the Hand Wings (Google it), Na-na-na-na-na-na-na-na Quiz Team (touché), Bats with Prostates (they do have them), and the Flying Rats (what did we just say about stereotypes, ey?).

And in the activity your bat untangling skills shone through. Many of you even became dab hands at bat identification – a skill that can take researchers many years to master. 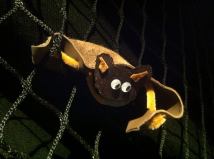 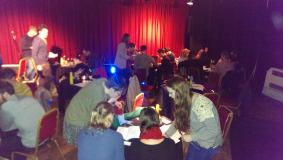 Heather Nichol explained how wind turbines can and do affect bats in their environment. This isn’t an argument against renewable energy, far from it; we just have to make sure that in trying to save our world by mitigating climate change, we don’t unwittingly cause damage to local ecosystems.

The night hopefully did a small part to peel back the bad name of bats – the bloodsucking prejudice which taints the image of these fascinating creatures. Thank you again to everyone who came along and took part. Keep an eye out on Facebook or Twitter for our next event.